The UOP744 describes the method for individual determination of C6 through C10 aromatic compounds in petroleum distillates or aromatic concentrates having a final boiling point of 210°C or lower.
The advantage of UOP744 is that this method may be used to provide a distribution of C8 aromatics an/or C9 and heavier aromatics. In addition, this method also describes an extension for these components which have a final boiling point less than 344°C (nC20). When these methods are used the limit of quantitation of a single aromatic component is 0.01 mass-%.
This application is applicable on the SCION Instruments 4X6 and the new 8X00 GC-platform, Figure 1 shows the new SCION Instruments 8X00 GC platform. 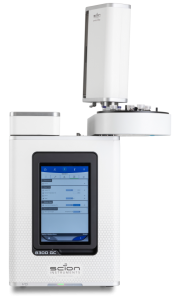 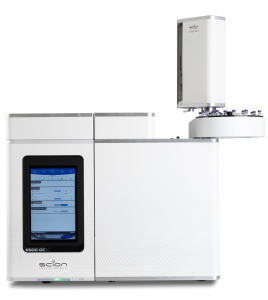 This analysis can be implemented on the 8300-GC and the 8500-GC platform. The analysis was performed on the Scion 8500-GC analyser equipped with an FID and a one hundred positions 8400PRO autosampler.
The UOP744 is a perfect and simple method for the determination of aromatics in hydrocarbons using a flame ionization detector (FID), it can be used for components that have a final boiling point of 210°C and with a few changes even to 344°C.
The mass-% composition of the sample is obtained by normalization of the peak areas using the relative response factors. It is also possible to use this method for the distribution of C8 aromatics and/or C9 and heavier aromatics.
Interference with toluene and benzene can be caused by C10 and heavier non-aromatic components. If this occurs it is possible to choose another method provided by SCION Instruments for example: ASTM D5443, D5580, D6729, D6839 or the UOP690. 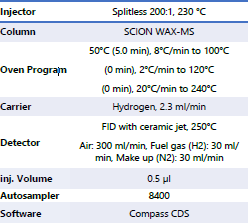 All the results were calculated according to the described method in UOP744.
The theoretical relative response factors (TRRF) were determined and showed a deviation from the theoretical value below 5% for the components. 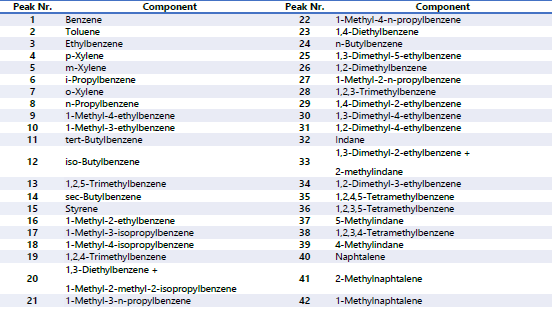 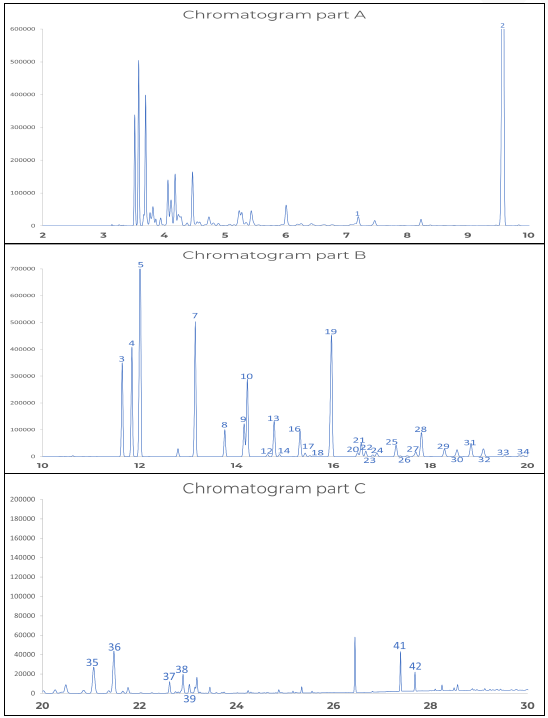 In addition, it showed that the three measurements performed for these components had a deviation below 0.5% amongst the results.
These results were excellent since the deviation against the theoretical values must be below 5% and the deviation amongst the results no more than 3%.
After establishing the TRRF a reformate mix was injected to determine the mass-%.
After analysis it shows that the sample contained 68.59 mass% non-aromatics, 18.87 mass% C9 aromatics and 10.41 mass% C10/C11 aromatics.
The method showed excellent repeatability that are well withing specification described in the UOP 744.
Figure 2 shows an example of a chromatogram from a reformate sample, the numbers shown in the chromatogram are corresponding with the numbers in table 2.

The Scion 8X00-GC analyser equipped with a split/spitless injector, Scion Instruments column and FID is capable of performing UOP744 in a way that complies to the method.
The non-aromatics, C9 and C10/11 were determined based on mass-%, The quantitation limit for any reported component is 0.01 mass-%. These components were analysed with the method that has a boiling point less than 210°C, it is also possible to perform the other described methods with the 8X00-GC.
The equipment of the 8X00-GC analyser is pre-determined, for ordering information or customisation, please contact your local sales representative.
Although the 4X6-GC series is not shown in this application note it is possible to perform this analysis on the SCION Instruments 4X6 GC series.