Methanol in Crude Oil Analysis According to ASTM D7059-04 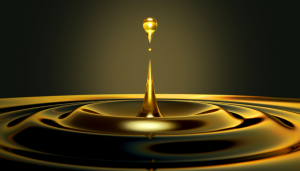 The analysis of methanol in crude oil according to ASTM D7059: “Standard Test Method for Determination of Methanol in Crude Oils by Multidimensional Gas Chromatography.” In the production of crude oil, methanol is often added to prevent formation of hydrates (i.e., solid water-hydrocarbon structures) that block transportation via pipelines. However, methanol, as with most oxygenated components, will poison catalysts when the crude oil is converted into other products. Catalysts are very expensive, and high methanol levels add a big cost factor. Therefore, the content of methanol in a crude oil is very important and must be measured accurately at low (ppm) concentrations. Depending on the methanol level, the crude oil can be applied straight or needs extra treatment(s) to reduce the methanol content. The determination of methanol is done via an internal standard method using 1- propanol as the internal standard. The measuring range of methanol is specified from 15 to 900 ppm (m/m).

The system is a SCION SSL capillary split/splitless injector using a pressure point over the precolumn. The heavy components of the crude oil are backflushed over a filter to prevent blockage of the vent line. The configuration can be seen in Figure 1 below. 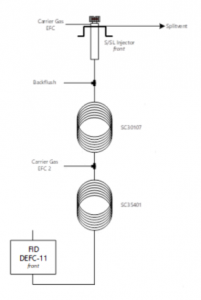 Figure 1. Schematic overview of the configuration

Table 1. Analytical conditions of the GC-FID

The chromatograms of methanol in toluene, at 150ppm and 6ppm, test mix can be found in Figures 2 and 3. 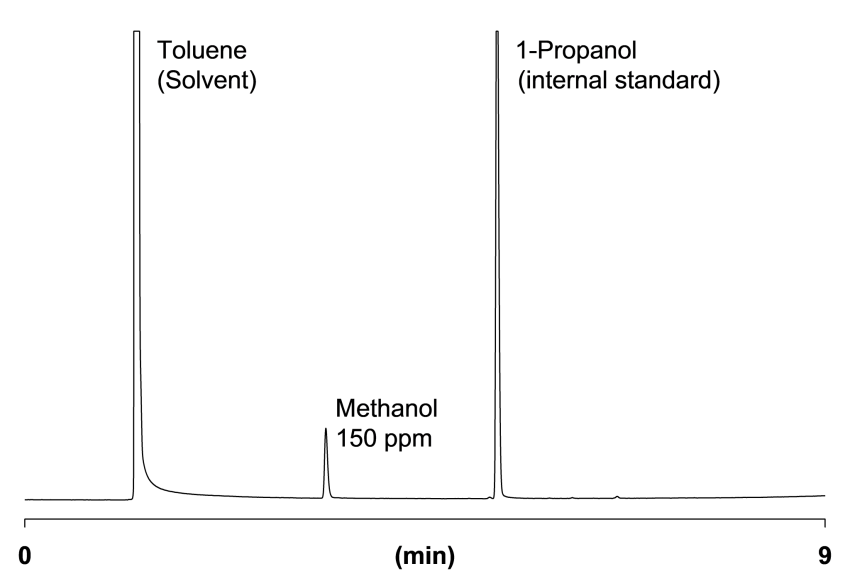 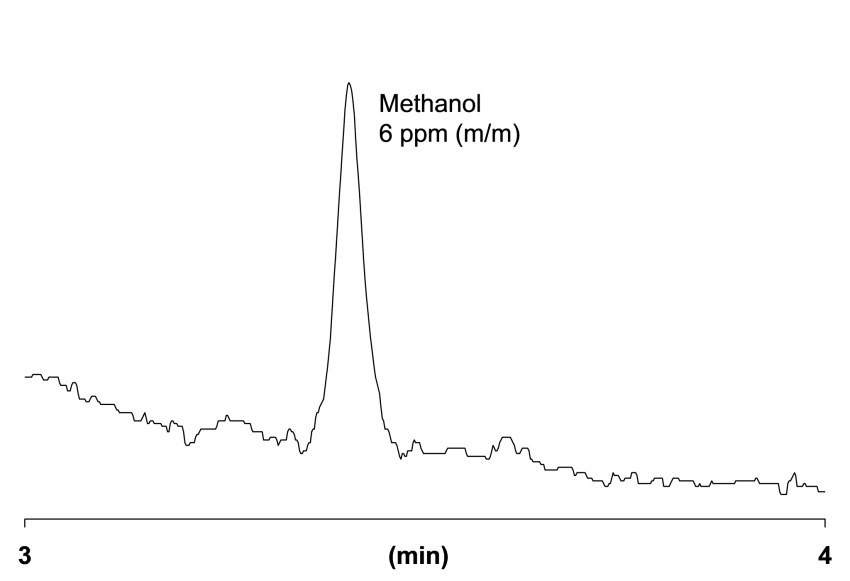 The linearity of the system was determined by a series of samples in toluene where the methanol concentration ranged between 1 and 1000 ppm. The internal standard concentration is set at a constant level. The linearity is shown by plotting the response ratio of the methanol and internal standard against the amount ratio of both components, as shown in Figure 4. The correlation R 2 should 0.99 or better. 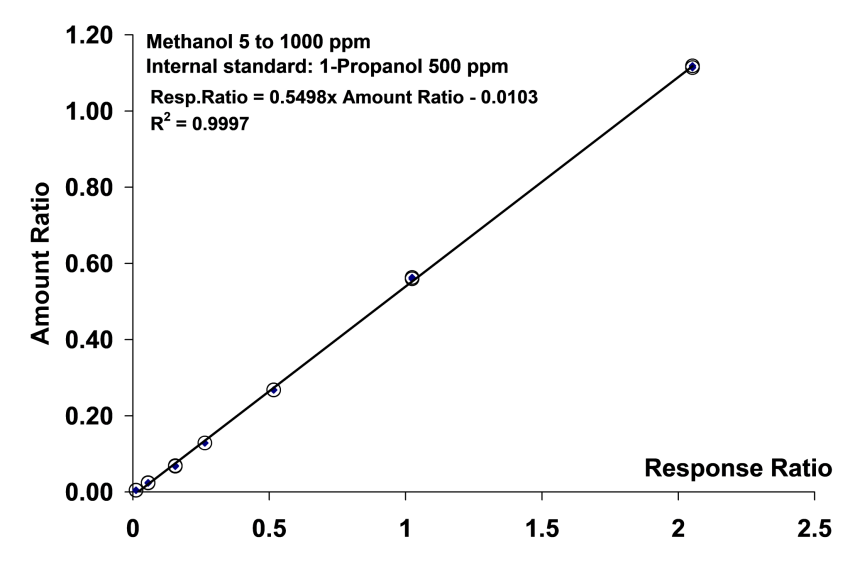 The limit of quantification (LOQ) specified as two times the signal noise (i.e. 10 times the standard deviation of the noise) is determined using a 6-ppm methanol standard. The LOQ measured is 1ppm.

A crude oil sample was doped with low and high concentrations of methanol. Ten sequential analyses were performed for both methanol concentrations with data shown in Table 2. The chromatogram for the low-level and high-level methanol in crude oil is shown in Figures 5 and 6. 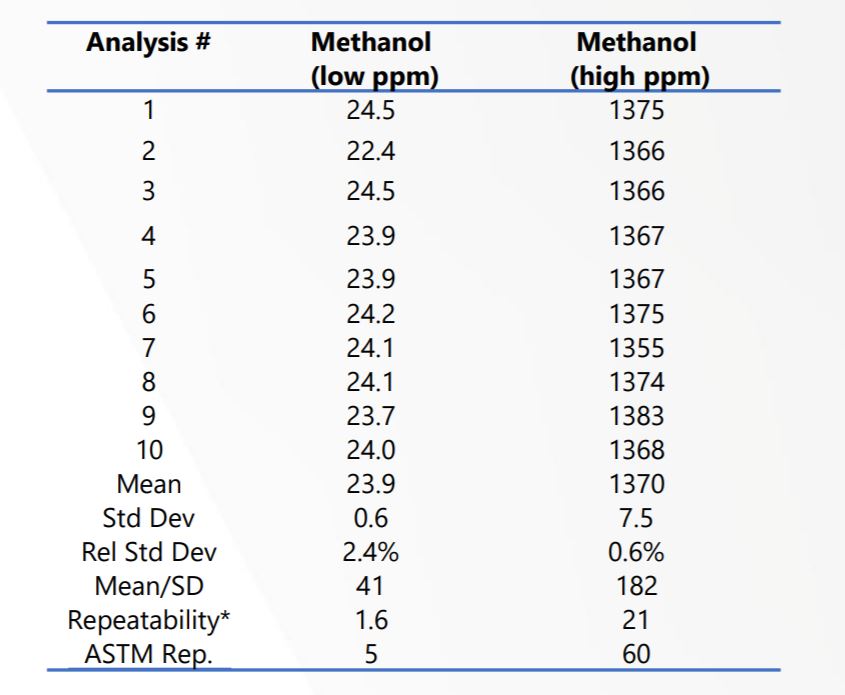 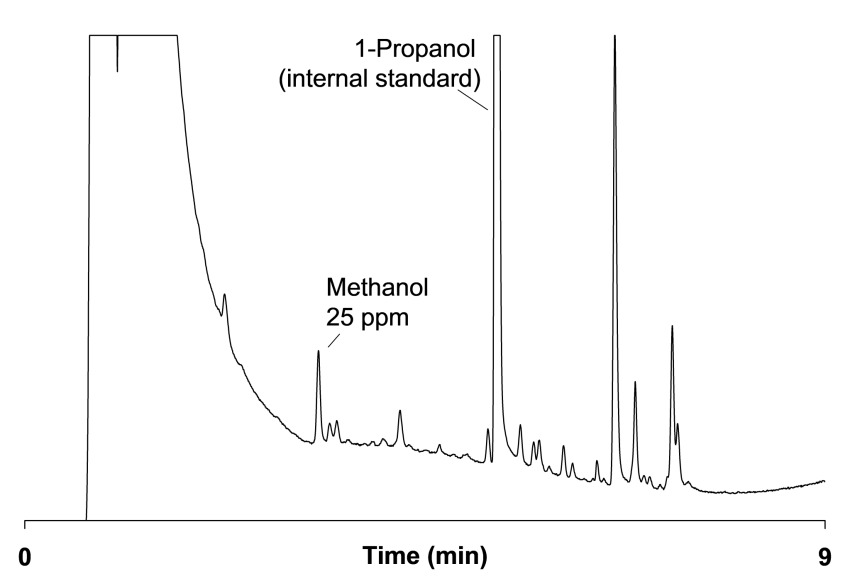 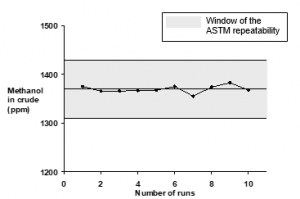 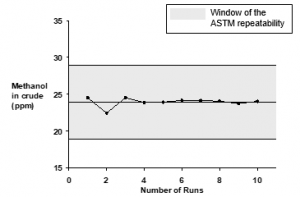 The pooled limit of quantitation (PLOQ) is calculated from the ratio of the mean methanol concentration an its standard deviation for a series of measurements. PLOQ is the concentration where the ratio equals 10. At 25ppm level, the measure value is 41. This means that the PLOQ is below 25ppm. Figure 9 shows the PLOQ. 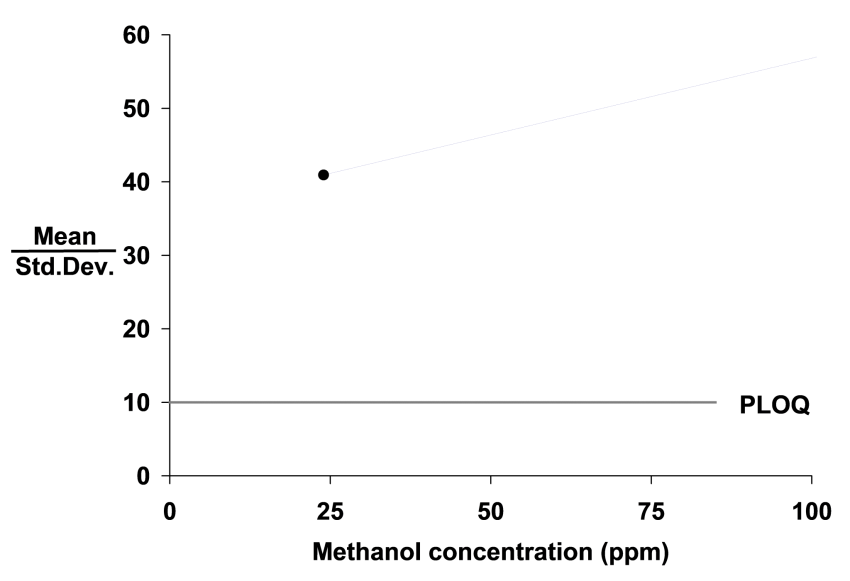 Figure 9. Determination of the PLOQ – below 25ppm.

The analysis of methanol in crude oil using a SCION Split/splitless injector and a pressure point for a back-flush configurations gives analytical results that are well within the ASTM D7059 subscribed specifications.

Our Gas Chromatography Analyser was used to conduct this research. Providing excellent solutions for Environmental, Oil and Gas and Chemical industries, find out more about Scion GC Analysers. Alternatively if you would like to discuss any specific requirements you may have simply contact us. We look forward to being of assistance.