SCION Instruments offers the solution for a simulated distillation of middle distillates and lubricating base oils.

EN15199-1 specifies a standardized method for the  determination of boiling range distribution of middle distillates and lubricating base oils by gas chromatography, with initial boiling points (IBP) of at least 100°C and final boiling points (FBP) of below 750°C (C120).

This SIMDIST application is applicable on the SCION Instruments 8X00 GC-platform, shown in figure 1, with the 8400PRO autosampler. 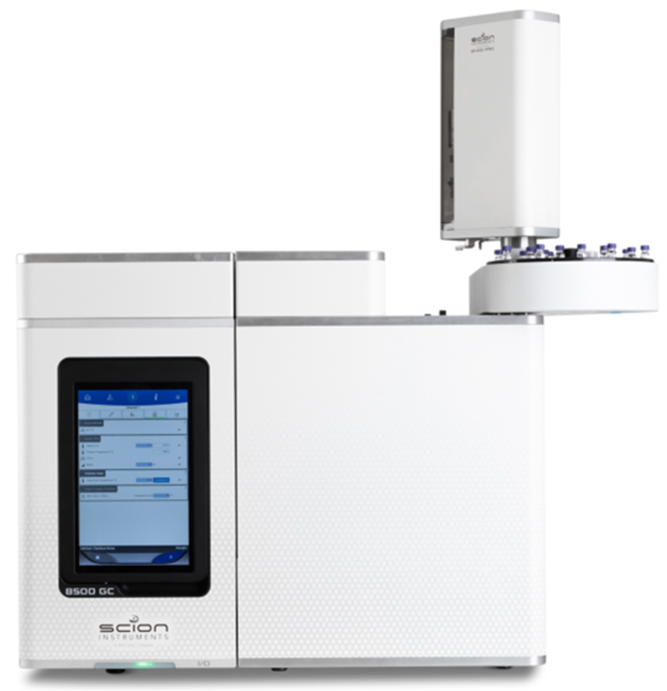 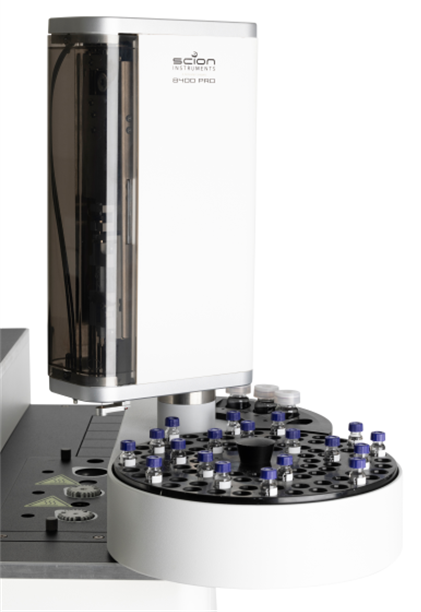 The SCION SIMDIST analyzer used for this application, is equipped with a SCION Instruments 8X00-GC who’s configured with a temperature programmable cold on column (COC) injector with air cooling, a SCION-Simdist column and a high temperature Flame Ionization Detector (FID) with ceramic HT flame tip. The analyzer uses a 8400PRO autosampler for excellent repeatability results, used in Standard On-Column mode.

Table 1 is showing the analytical conditions of the SCION Instruments GC system. 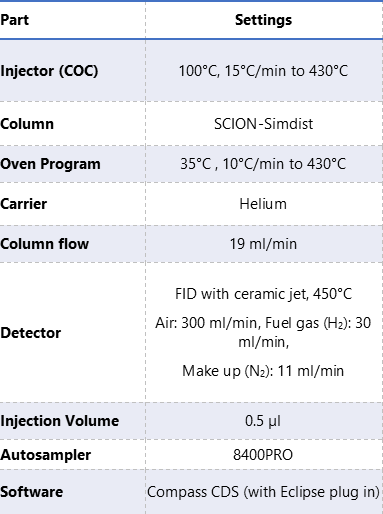 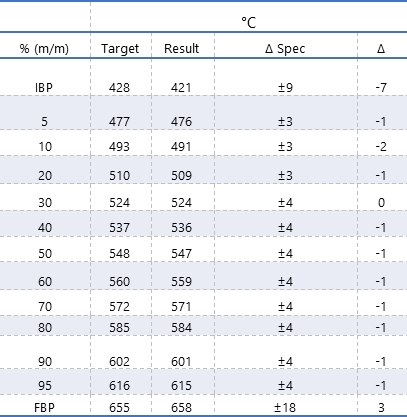 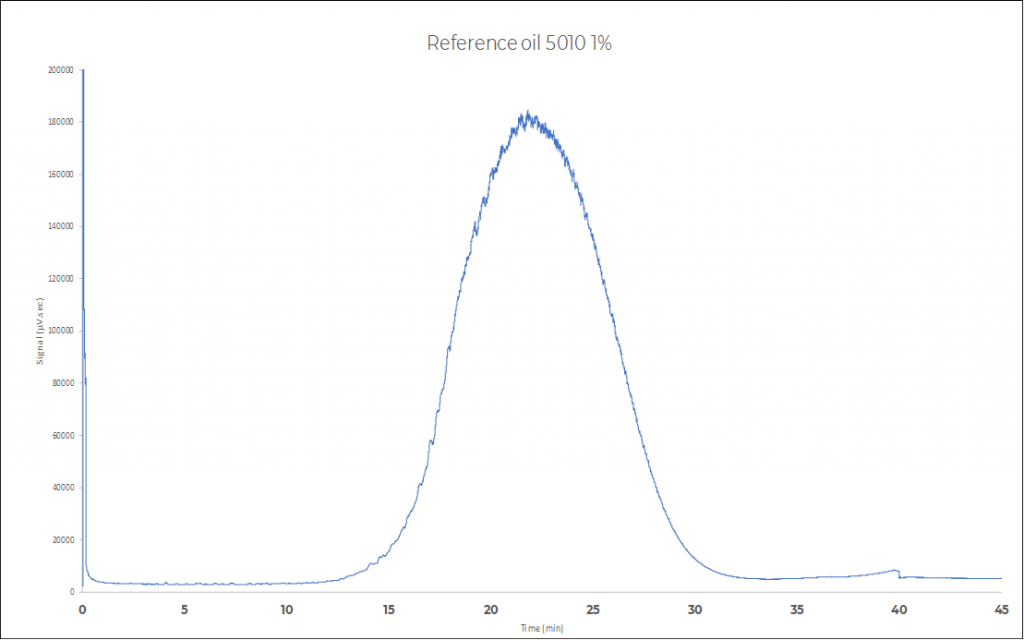 Repeatability (R) is determined by measuring the reference oil 5010 1% in duplicate. The difference (Δ) between the 2 generated boiling point distributions is calculated and compared with the set specification mentioned in EN15199-1. According to table 3 the system can easily achieve good repeatability results within specifications. 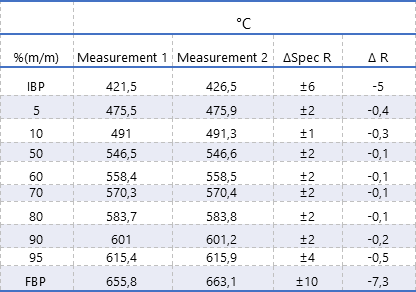 A calibration mixture of normal paraffins covering the range from C5 up to C120 dissolved in CS2 was used to determine the relationship of boiling point (BP) versus retention times (RT). 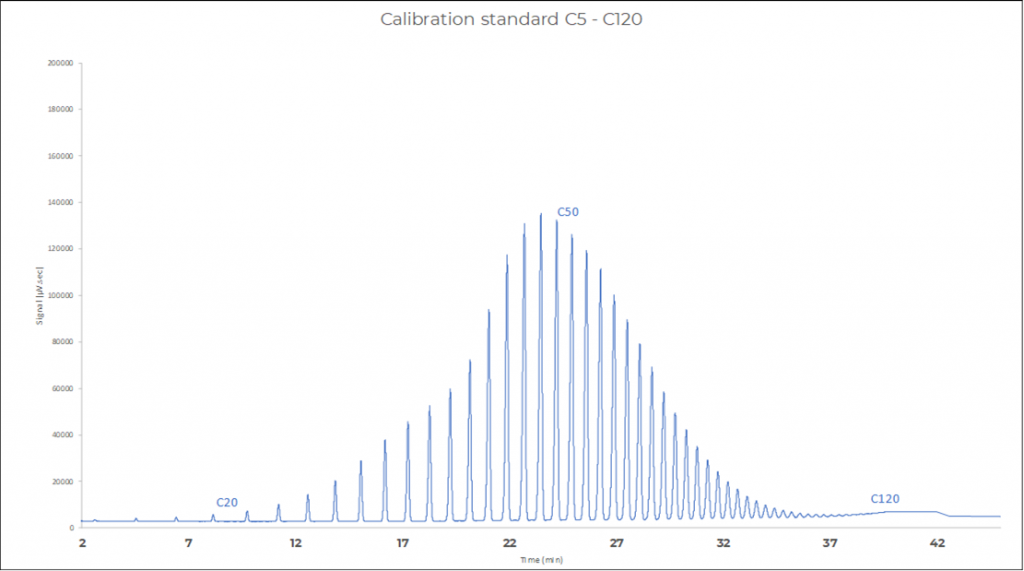 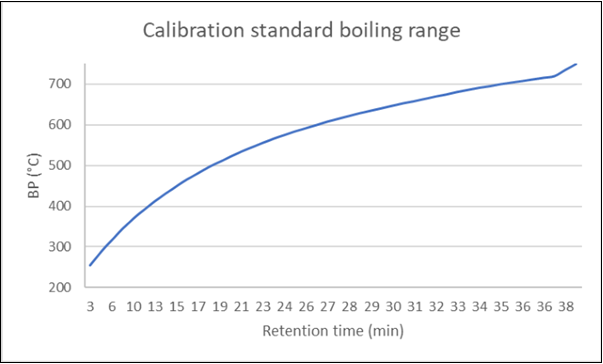 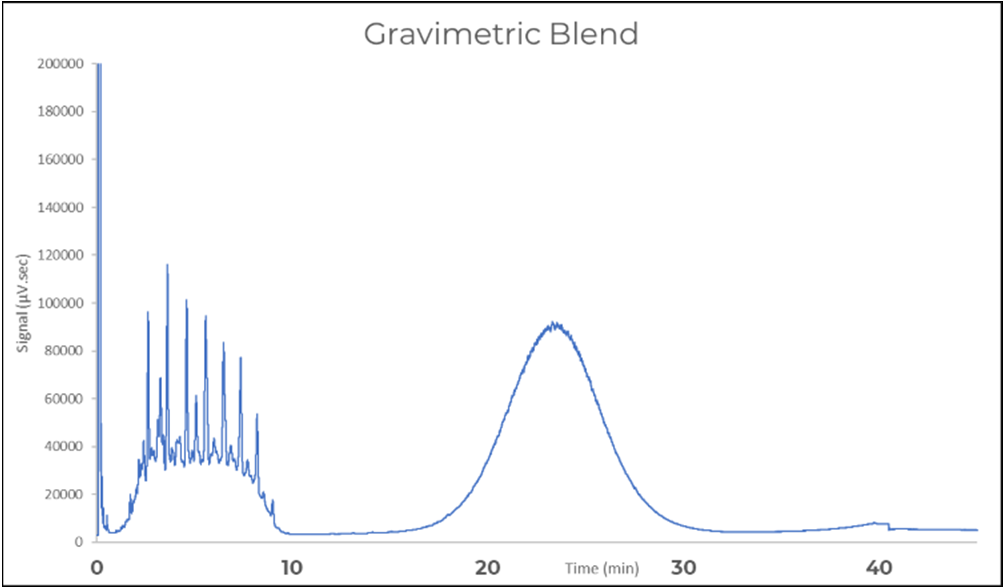 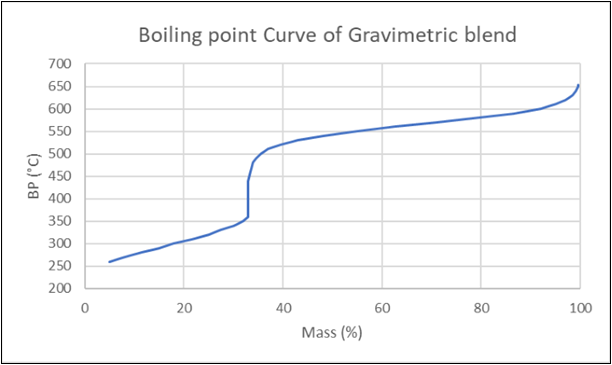 According to the results shown in table 4 the system and method are performing brilliantly within the specifications mentioned in EN15199-1.

Figure 7 is showing a chromatogram using the Compass Eclipse software plug in, with combined Retention time vs boiling point curve. The software makes it possible to easily obtain the boiling range distribution with different standardized methods, shown in the right handed column of the figure. 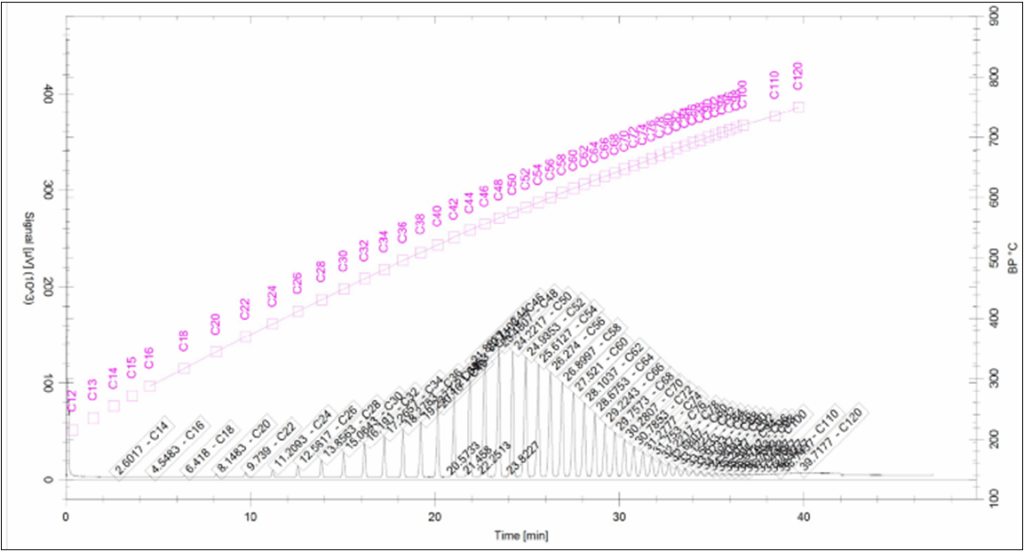 The SCION Instruments  8X00 GC-platform provides a robust and complete solution for the simulated distillation of distillates and lubricating base oils, following standardized method EN15199-1. The obtained results demonstrate that this method and the SCION Instruments GC system configuration performs excellent and meets all the specifications mentioned in EN15199-1.

The equipment of the 8X00-GC analyzer is pre determined, for ordering information or customisation please contact your local sales representative.

Although the 4X6-GC series is not shown in this application note, it is also possible to perform this method on the SCION instruments 4X6 GC series.