Hexanal is one of many well-documented aromatic components that contribute to flavour and aroma in common consumer food products containing omega-6 fatty acids. Hexanal content is also used to measure the oxidative status of foods rich in omega-6 fatty acids. 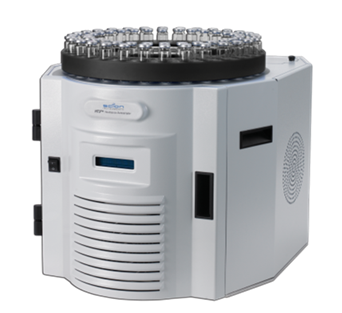 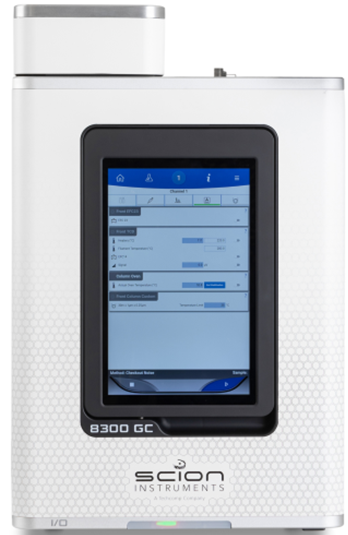 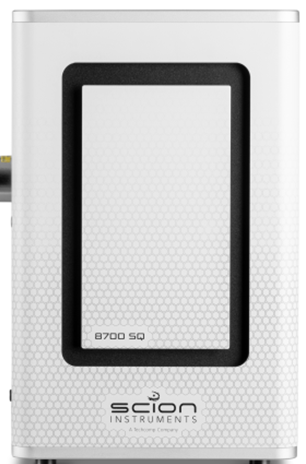 Figure 1. SCION HT3 Headspace Sampler together with the SCION Instruments 8300 GC platform in combination with to 8700 SQ-MS.

Rice and infant formula, fatty acid containing consumer food products, were evaluated for hexanal using the dynamic option of the SCION Instruments HT3 Static and Dynamic Headspace Analyzer. The dynamic option improves sensitivity over the static method by continually sweeping and concentrating analytes onto an adsorbent trap resulting in a 10 to 100 fold increase in sensitivity, depending on the compound.

When measuring hexanal content as a lipid oxidative marker, matrix matching is critical because of the effects of different lipid concentrations on hexanal recovery. Elisia1 and García-Llatas2 used matrix matching to calculate the accuracy of their method to monitor lipid oxidation during human milk and infant formula storage.  Wang3 used hexanal-free rice for their calibration curve to perform a similar matrix match.

Hexanal standards were prepared at 2, 10, 20, 100 and 200 ng/µL in methanol.  Calibration curves were created from 10 ng to 1000 ng in 22 mL headspace vials by adding 5 µL of each stock standard to either standard vials or sample vials.

White rice was obtained locally.  The rice was lightly ground in a laboratory mill.  The rice sample consists of 1 g ground rice for both the calibration curve and samples.  The rice standards and samples were evaluated with dynamic headspace at 30 °C.  Seven samples of rice were prepared to determine reproducibility and accuracy. 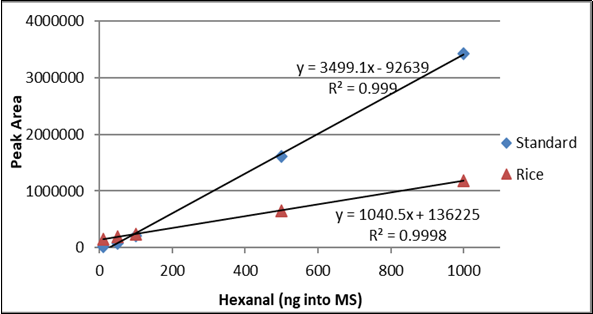 Figure 2.  Comparison of the hexanal calibration curve from 10 ng to 1000 ng (blue diamond) and in rice (red triangle). 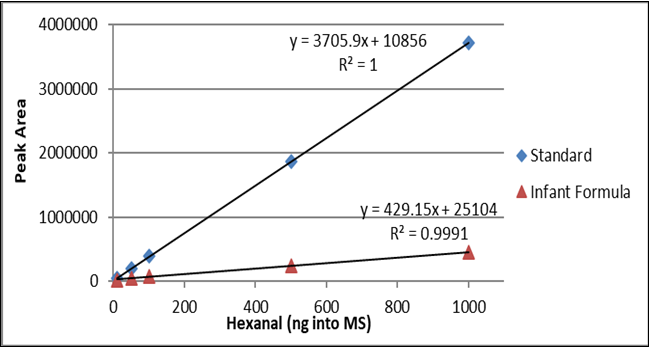 Figure 3.  Comparison of the hexanal calibration curve from 10 ng to 1000 ng in water (blue diamond) and in infant formula (red triangle).

Figure 4 is the comparison of the 56 m/z mass ion chromatogram of a 10 ng hexanal standard in water to an unspiked infant formula sample.

Figure 5 is the comparison of the 56 m/z mass ion chromatogram of a 50 ng hexanal standard to an unspiked rice sample.

Figure 4. Comparison of the 56 m/z Mass Ion Chromatogram of a 10 ng Hexanal Standard in Water to an Unspiked Infant Formula Sample. 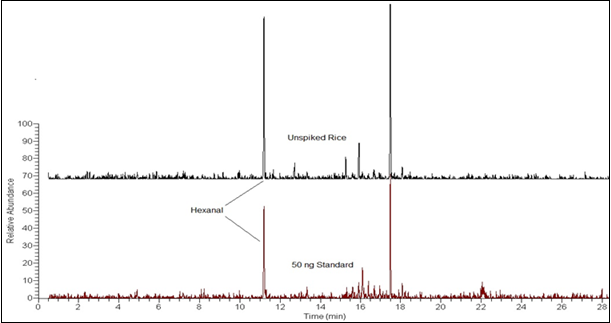 Figure 5. Comparison of the 56 m/z Mass Ion Chromatogram of a 50 ng Hexanal Standard in Water to an Unspiked Rice Sample.

The addition of water to rice samples to evaluate other volatiles released during cooking produced unexpected results with the specified dynamic headspace parameters.  The first was the appearance of other volatile compounds that were not detected in the dry rice.

The second was the reduction of hexanal with increasing water content, including the added hexanal standard.  Figure 6 compares the total ion chromatogram (TIC) of the dry rice, and rice with 10% (100 µL) and 50% (500 µL) of added water, all with 1000 ng hexanal added. 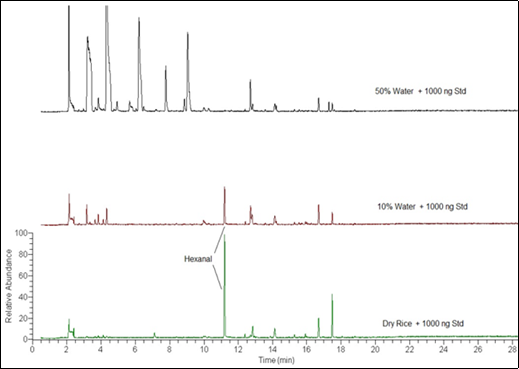 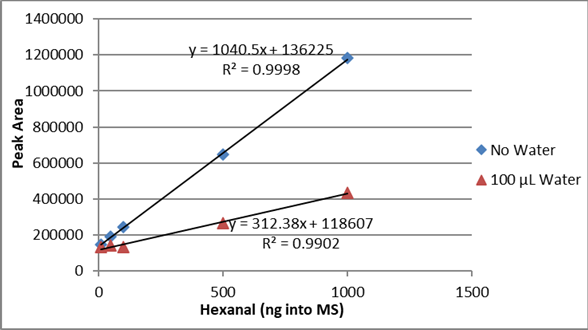 Figure 7. Comparison of the hexanal calibration curve from 10 ng to 1000 ng for spiked rice without water (blue diamond) and spiked rice with 100 µL of water (red triangle).

Hexanal was readily determined with dynamic headspace analysis in both dry rice and infant formula using the parameters in this evaluation.  The calibration curves must use matrix matching to provide accurate data.

The addition of water to the dry rice did increase the release of other volatile compounds.  But it also results in the reduction of hexanal, depending on the amount of water added.  The mechanism for this loss was not evaluated for this poster.

1 –Elisia I, Kitts DD, Quantification of hexanal as an index of lipid oxidation in human milk and association with antioxidant components, Journal of Clinical Biochemistry and Nutrition, Volume 49, Issue 3, 2011, pg 147-152